People don’t look at me and think I’m capable of much. Most of what I say is viewed lightly, easily forgotten and not at all taken seriously. This has been all my life. Don't get me wrong,  people aren't discrediting what I have to say in a vicious manner. They don’t even mean to be assholes and yet they are, everyday. People are such assholes. Often times I blame myself for not saying things with enough authority. Maybe if I had a deep, booming voice I would be considered equal to those around me. But I don't have a booming voice. I don’t command the room at all and I’ve grappled with this since childhood. Maybe it's because my tone is juvenile, maybe it's because I apologize too much. Whatever the reason for this perception of me, it fucking sucks and I wish I could break out of it.

The insurmountable frustration that builds when no matter what is being discussed, I’m continuously brushed off like a child.I used to have a lot more anger about it than I do know but still I feel my face burning when this happens. I  imagine throat-punching people in my head. I don't advocate violence except in the imaginary sense because it just feels right.

So how deeply has this affected me? It has caused significant dips in my own self value. My self esteem has taken hit after hit because people give retort with a certain tone, a smirk, an attitude of indifference or they simply ignore me. My voice has fallen on deaf ears for so long it had made me question whether or not I should open my mouth. This in itself is kind of sad because sometimes I have a lot to say.

There are other people who wake up everyday and are judged before they even open their mouths. People are judged by the size of the clothes they wear, the way they walk, their hair, their expression, the color of their skin and the contents of their grocery carts. We the people consistently write each other off as being insignificant, inferior or unimportant. Why? I think it's because there is an imbalance in the population of people who have an over-inflated sense of entitlement and those who think they do not deserve much.

Our perceptions of each other often miss the mark and we all underestimate the consequences of our actions. People can really do damage to one another without realizing it. I don't have the solution for this, nor am I naive enough to think it will change. All I know is that I correct myself when I start to judge someone because I remind myself how it feels to be seen in an unflattering light. It fucking sucks. 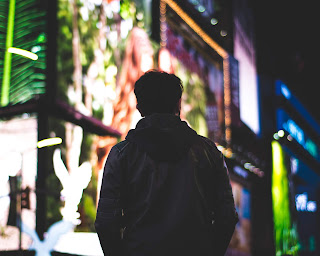 JW
Give us your tired, troubled masses. Let this place be a beacon for those who find themselves lost and lonely. Give us your problems, your questions, your uncertainty and grief. Let's laugh it out, shake it off, or ugly cry about it. We can shoulder the burdens and joys of life, love, parenthood and chemical imbalances together. This is where we can come together or let ourselves fall apart in total anonymity or complete transparency. Because we are all waiting for something; waiting for things to get better, waiting for things to get worse. We're all waiting for the floor to drop out or the sun to come up and in the meantime we all spend time in the in-between. Somewhere between light and dark, wrong and right. There are others here in the gray area who want to hear your story. We'll see you in the waiting place.